All sales less postage will go towards fundraising for Judith Stein for The Golden Legend Champion Challenge! Excluding custom orders. 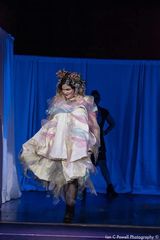 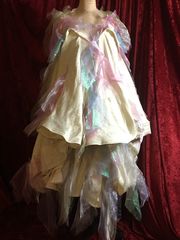 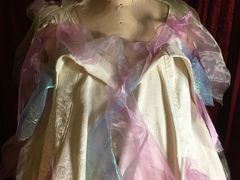 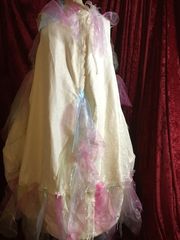 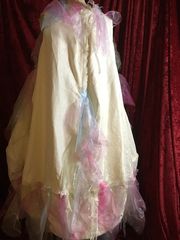 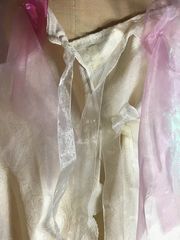 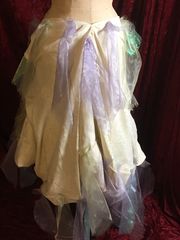 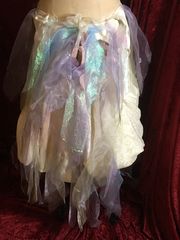 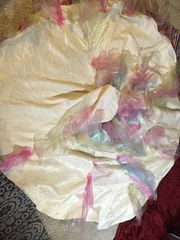 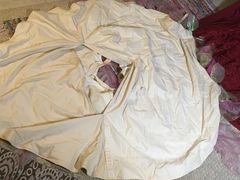 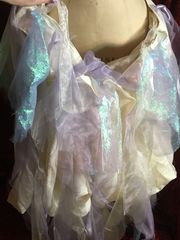 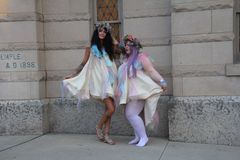 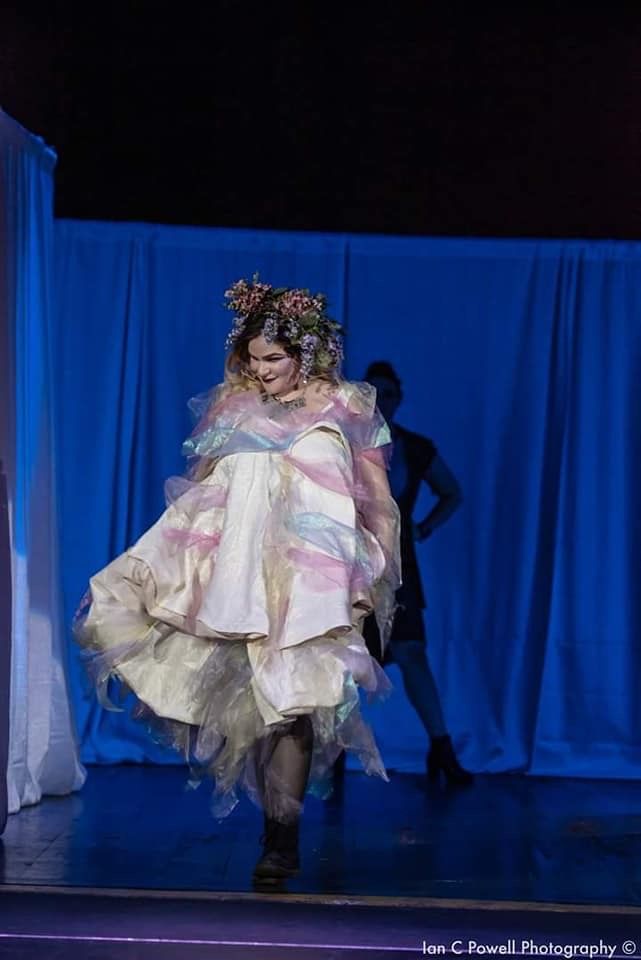 This costume originally was created for the final Drauma runway in 2017 for a David Bowie Labyrinth theme. In one of the photos you can see the original two separate costumes in the first incarnation.

For the Final Alternative Fashion Mob runway, we were allowed to show old and new designs. I took the larger costume as is, and fashioned the smaller costume into a skirt to add more layers to just one design.

Both designs were based on shape designing starting from a simple circle as shown from the lining of a heavy canvas. Where you choose to place the opening in the lining then determines how the top layer will hang. The upper layer is a more delicate fabric, and as it has seen wear in two different fashion shows, and can easily snag on jewelry, there may be a few pulls or weak areas, but it adds to the slightly bedraggled look with the shimmery chiffon flutters in pastels all over the design. Since the designs have been worn, that has been taken into consideration in the pricing.

Arm to arm flat measurement 26"
Waist of skirt 17" flat, but could be tied a little looser, or could be worn lower on the hips. 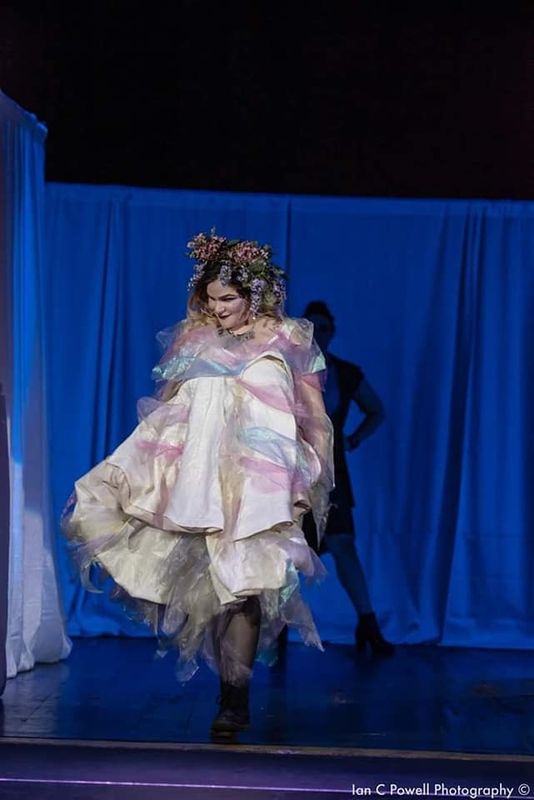 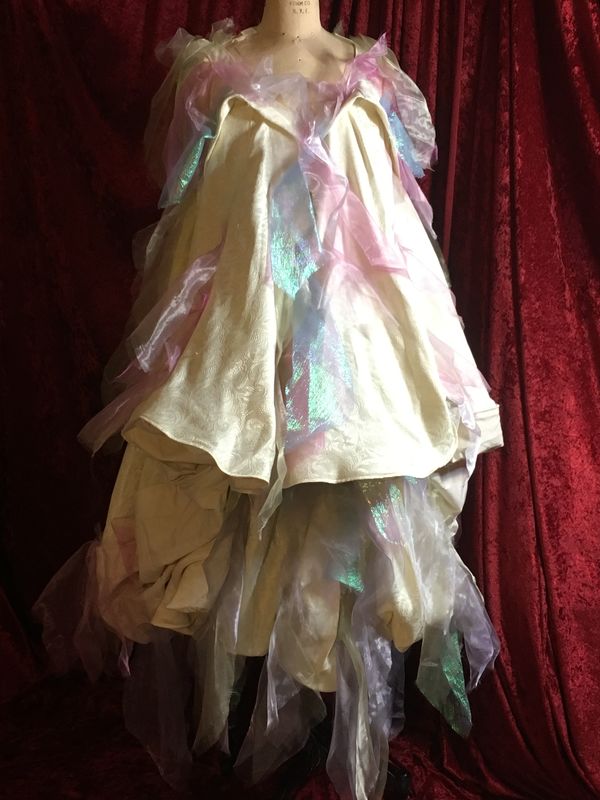 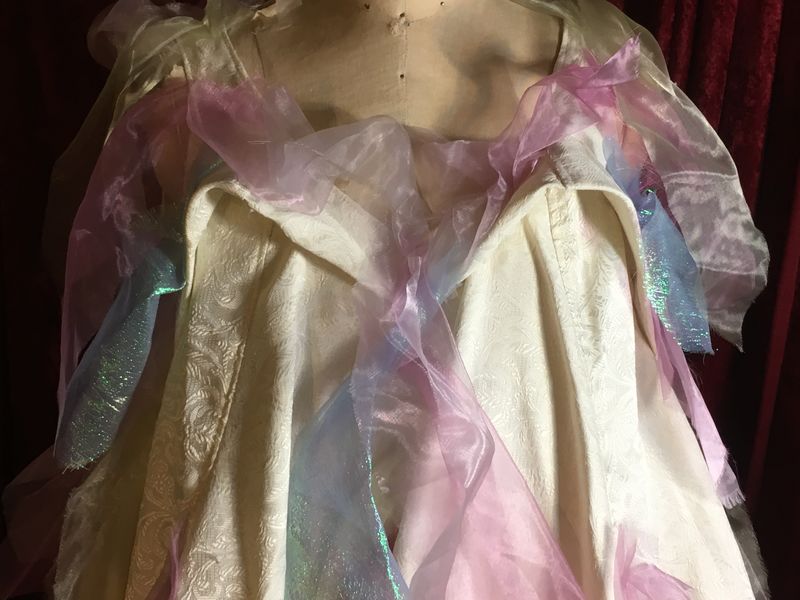 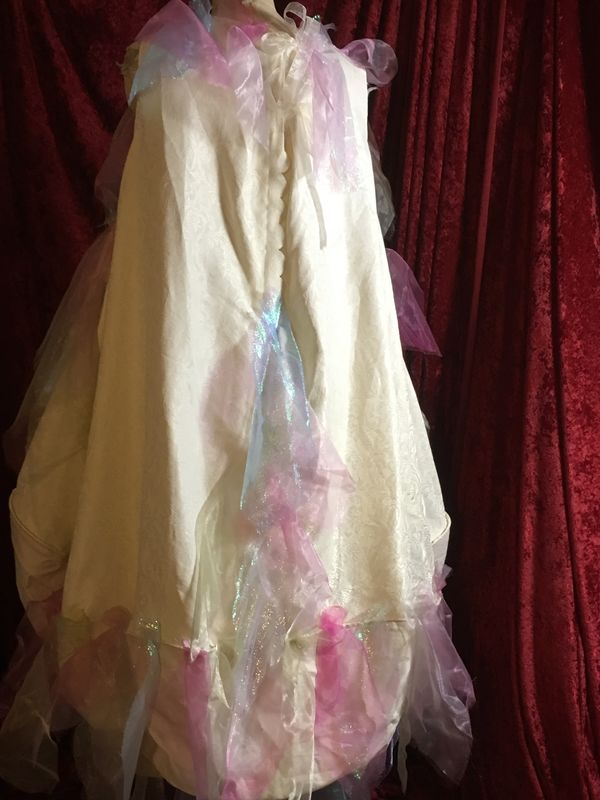 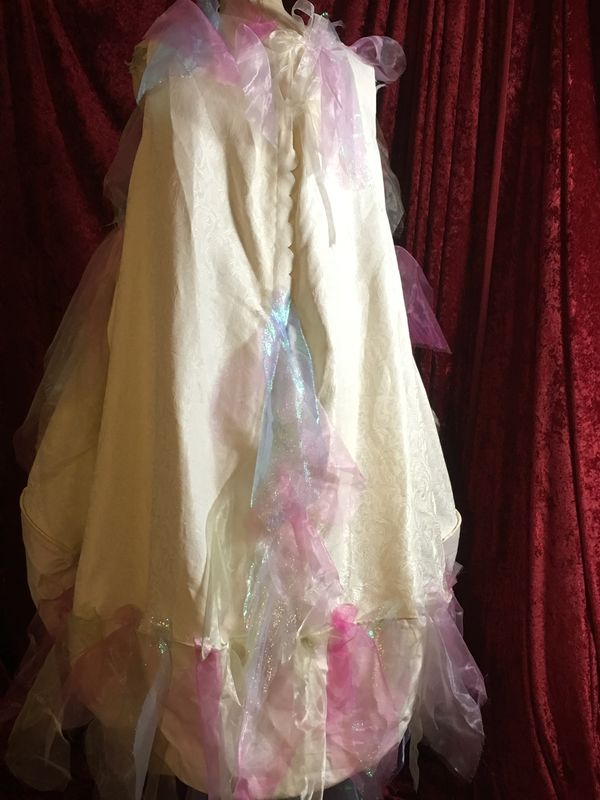 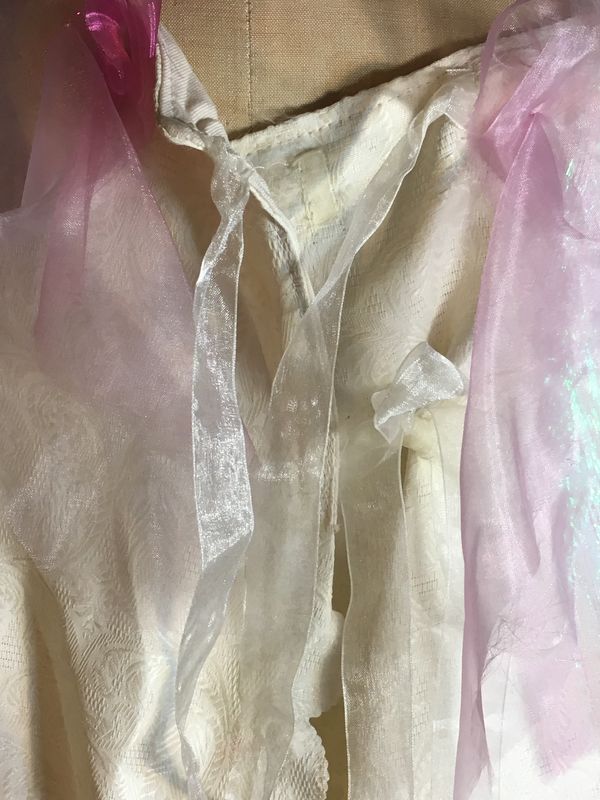 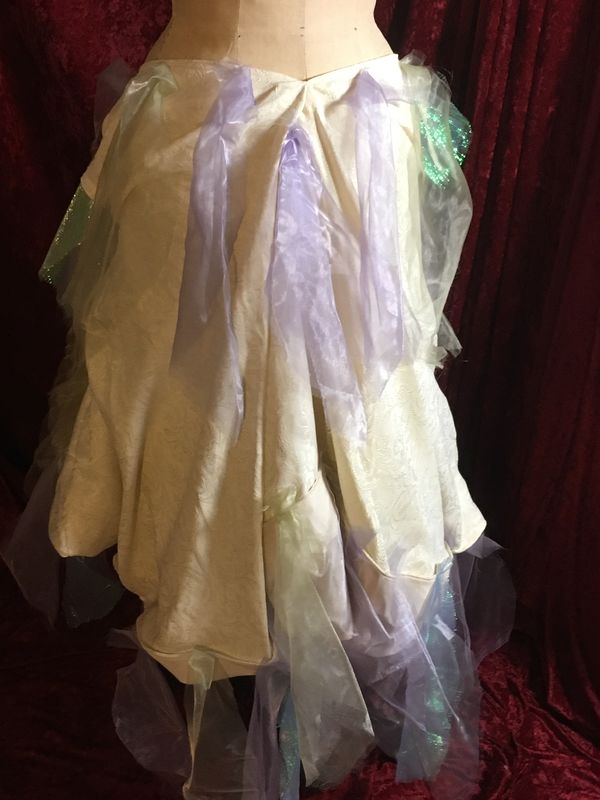 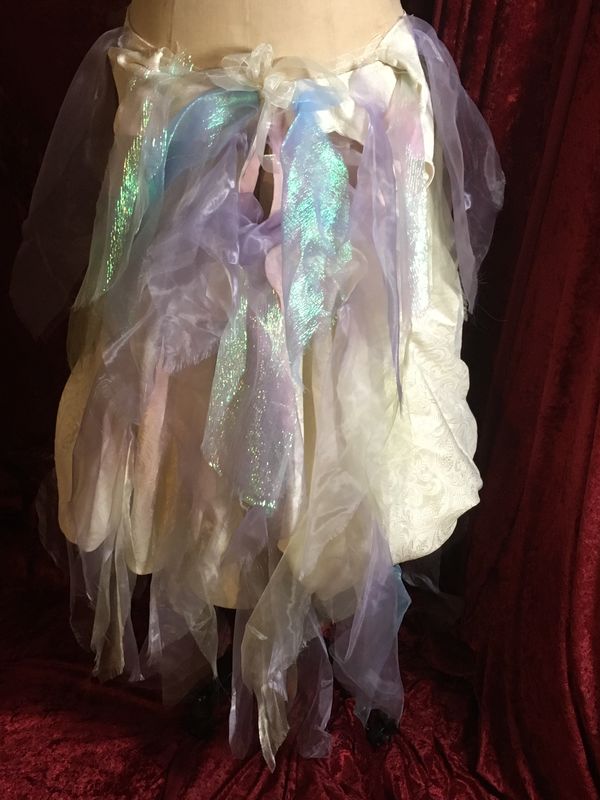 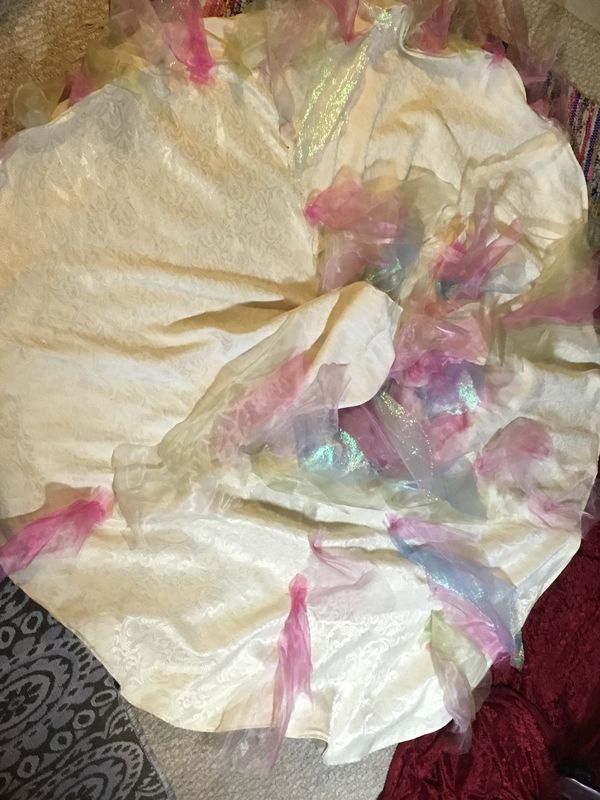 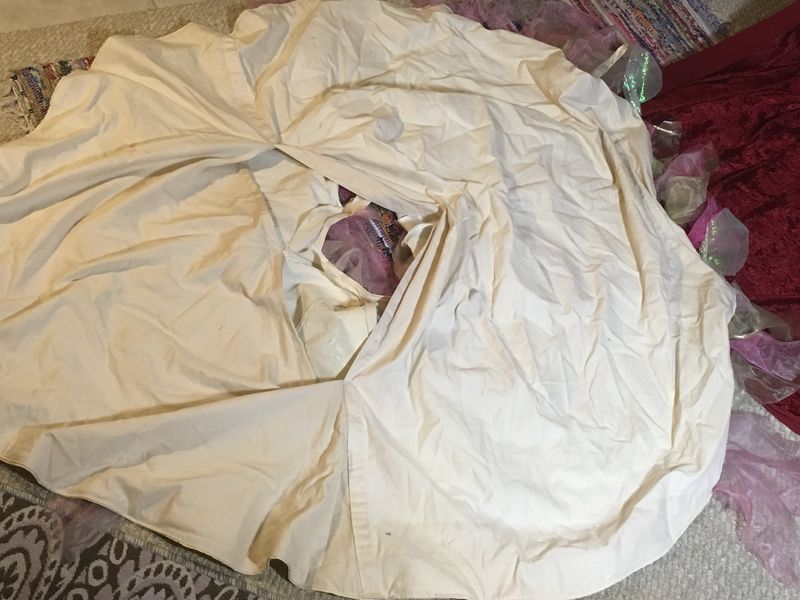 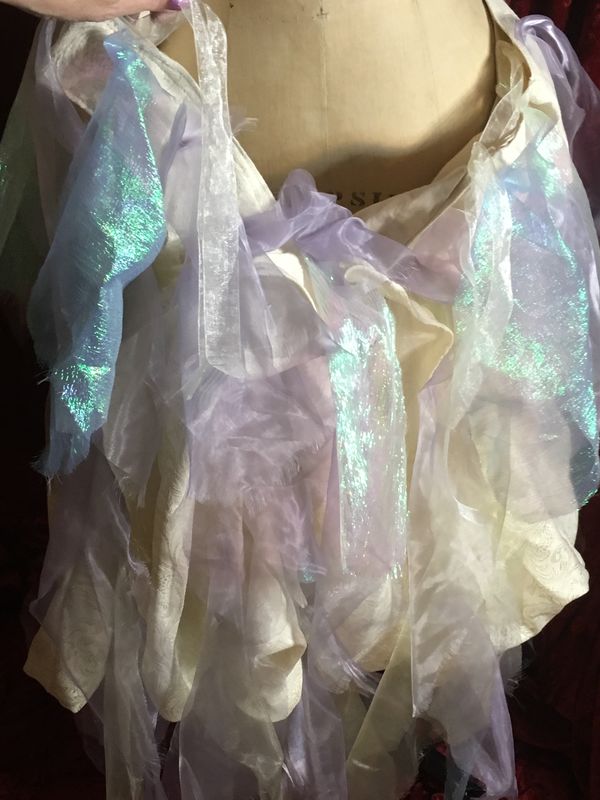 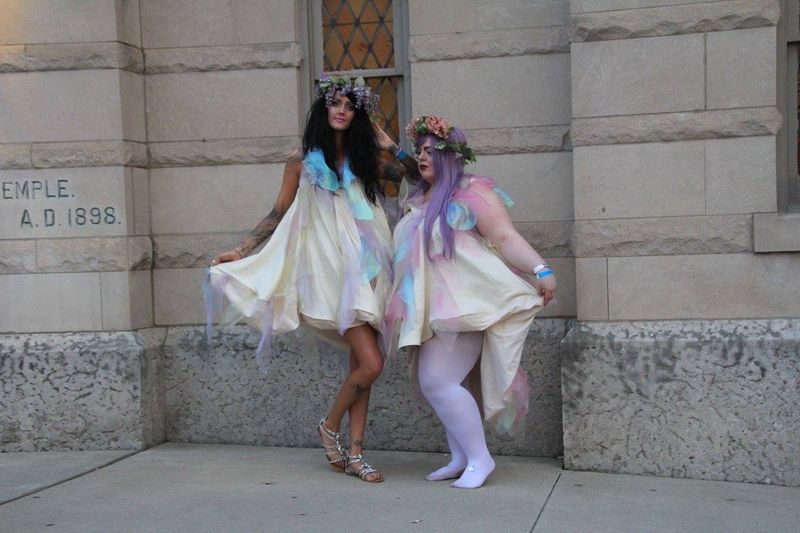